Bandera High School Staff
Joel Fontenot-Amedee is the district’s new athletic director/head football coach and comes to Bandera from San Antonio’s Robert G. Cole High School, where he served as the football offensive coordinator and head boys track and field coach. Coach Fontenot-Amedee is originally from Baton Rouge, Louisiana.  He attended Nicholls State University, where he was part of the Colonel Football Team and received a Bachelors in Health and Physical Education.  Later on he earned a Masters Degree in Educational Administration from Lamar University. Coach Fontenot-Amedee is very proud to be married to Brooke Fontenot-Amedee and has 2 children Maverick (5) and Memphis (2). He is entering his 14th year in education and is proud to be part of the Bandera Community!
We Are One!
Brooke D. Ashcraft
Graduated from Ingram Tom Moore High School, Ingram, TX ‘99. I participated in Volleyball, Cross Country, Basketball, and
Track. I earned a scholarship to run Cross Country and Track for the Lady Rambelles of Angelo State University, San
Angelo, TX (99-03) also earning a B.S. in Education.
I am entering my 15th year of coaching. I began my career at Syracuse JH, Syracuse, Ut; and have been with Bandera ISD
since 2007. I have been Middle School Cross Country, Volleyball, Basketball, and Track, Middle School Girls Coordinator,
Assistant at the High School for Volleyball, Cross Country, Track (Relays, Mid-Distance, Distance), Girls Coordinator, and
Assistant Athletic Director, and am the Head Girls Cross Country and Track and Field Coach.
Married to Jason Ashcraft for 15 years, where we met at Angelo State University. We have two children, Addison Ann (9) a
fourth grader; and Avery Elayne (6) who is in 1st grade

Kierstyn Dumont is starting her fourth year coaching at Bandera High School. This school year, she will teach Algebra 1 and Math Models at the high school and perform coaching duties as the Head Girls Basketball Coach and assistant Track coach. Coach Dumont is a native of Pleasanton, Texas where she participated in volleyball and basketball and threw the discus while she was in high school. She attended The University of Texas at Austin, graduating in May 2016 with a Bachelor of Science in Mathematics and recently graduated from Lamar University in August 2019 with a Masters in Educational Administration. She remains an avid Texas Longhorn fan and enjoys watching the ‘Horns, as well as other sports teams, on television in her free time. Her biggest fans are her parents, Tab and Kala, her little sister Torey and her fiancé Carter Sells.

I graduated from Bandera, Class of 2000, and then from the University of Texas in 2003 with a degree in history and worked in business until 2005.  I began teaching in the Social Studies Dept at BHS in 2006-07 and have been the head tennis coach since 2008. I teach US History, Psychology, and Sociology and am one of the NHS Advisors.  My husband and I live in Bandera and like to travel when we're not working.


Coach Mike Gard is in his second year of coaching at Bandera High School. He went to high school at Sharpstown in Houston and later attended the University of Texas at Austin, graduating in 1989. He earned his Masters from Air War College in 2005. Coach Gard is entering his second year of coaching. He will be an assistant in both volleyball and tennis, and teaches biology and environmental science. Coach Gard and his wife Nicole, who teaches art at Bandera High School, have been married for 25 years.

Is a graduate of Bandera High School and Southwest Texas University. Currently teaches AP Government/ Economics and is the Department Chair for the Social Studies Department. He coaches Football and is the Head Golf and one of the NHS Sponsors.

Carl Lee is in his 5th year of teaching, 1st year at Bandera High School. He graduated from Judson High School and the University of Texas-San Antonio. Coach Lee is the Boys Head Basketball Coach and will also be coaching Football and Track. He will be teaching Special Education, working in the Learning Support Center (LSC), which provides academic and behavioral support for students who need assistance in a private setting during the school day.
Manny Martinez
Defensive Coordinator and Head Powerlifting Coach
Martinez comes to Bandera after a five-year stint as with the Dilley ISD.The 3A-D2 Wolves went 2-9 last season, making the playoffs, but losing in the bi-district round to Odem. The year before, Dilley made the playoffs as a fourth seed and took out District 16 champs, Hebbronville in a close 28-27 decision, but ran into state semi-finalist, Boling in the second round and lost, 45-14.Dilley made the playoffs every year Martinez was there and even claimed a district championship in 2016.Martinez was named head coach for the West team in the South Texas Coaches Association All-Star game in 2018. That team won in a 23-0 shutout in Laredo. Martinez has previous stops at Laredo Cigarroa, San Antonio Memorial and Lytle.


This is my 2nd year at Bandera High School and 28th year as a professional. I serve as the Athletic Trainer and teach Sports Medicine and Health Science classes.


I was born in Corpus Christi and graduated from Carroll High School in 1987. I attended Sam Houston State University in Huntsville, Texas where I received a Bachelor of Science in Kinesiology with a minor in Biology. I was earned my License to practice Athletic Training in May 1991, the same year I graduated. I started my career back in my hometown. I have been previously employed at:

While in the DFW area I did contract work with Baylor Sports Care and Ben Hogan Sports Medicine.  Through these organizations I had the opportunity to work with athletes in both the college and professional setting. I have been the drug testing site coordinator for the NCAA FCS National Championship Football game for the last nine years.


The highlight of my Athletic Training experience was in 2015 when my I had the pleasure of coaching in the 5A Div 2 State Championship Game with Lone Star HS. The entire year was memorable and it included an exciting triple overtime victory over Lake Dallas in the State Semifinals. 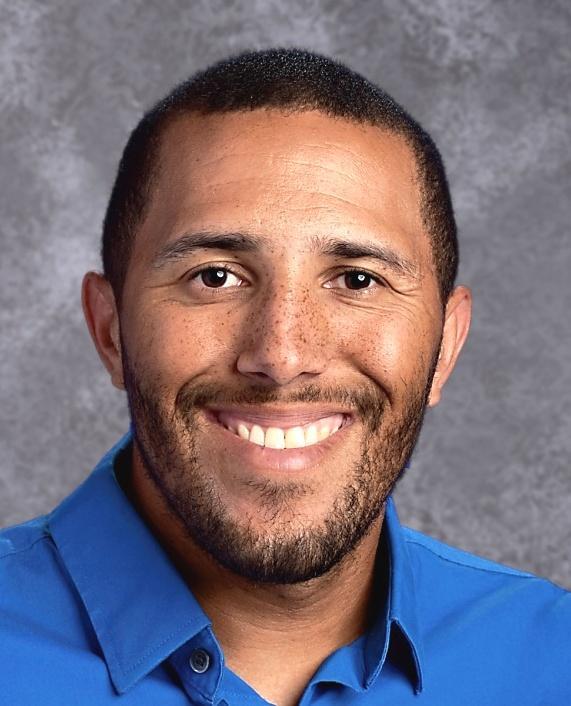 WESTLEY MILLER
Westley Miller is a graduate of Bandera High School and Sul Ross University. Wes is currently teaching US History and is the sponsor of Blue Hearts/Key Club. Coach Miller will be coaching Football and is the Head Girls Soccer coach. Westley is married to wife Beth and they have a son Bradley.
Bandera ISD is proud to announce that Sananda Molina has been name the new head volleyball coach for the Mighty Bandera Bulldogs.  Coach Molina joins the staff after stops at Somerset, Poteet, and South San.  He has also been the lead coach for the San Antonio Hornet Volleyball Club.  He has two beautiful daughters and a handsome little boy.  He also has to privilege to be married to Kristy Molina who is the love of his life.
Art Rios is graduate of South San High School(92) and received his Bachelor's(97) and Masters (2010) from Angelo State University. Has 21 years of Teaching and Coaching experience  is Currently Teaching World Geography,World History and AP World History.  Art Coaches Football, Basketball and Baseball. He is married to wife Angie for 21 years, has Daughter Halle who is a junior at Bandera High School and son Daylen who is a 7th Grader at Bandera Middle School. When not teaching or coaching, enjoys spending time with family traveling and watching his kids participate in extracurricular activities. 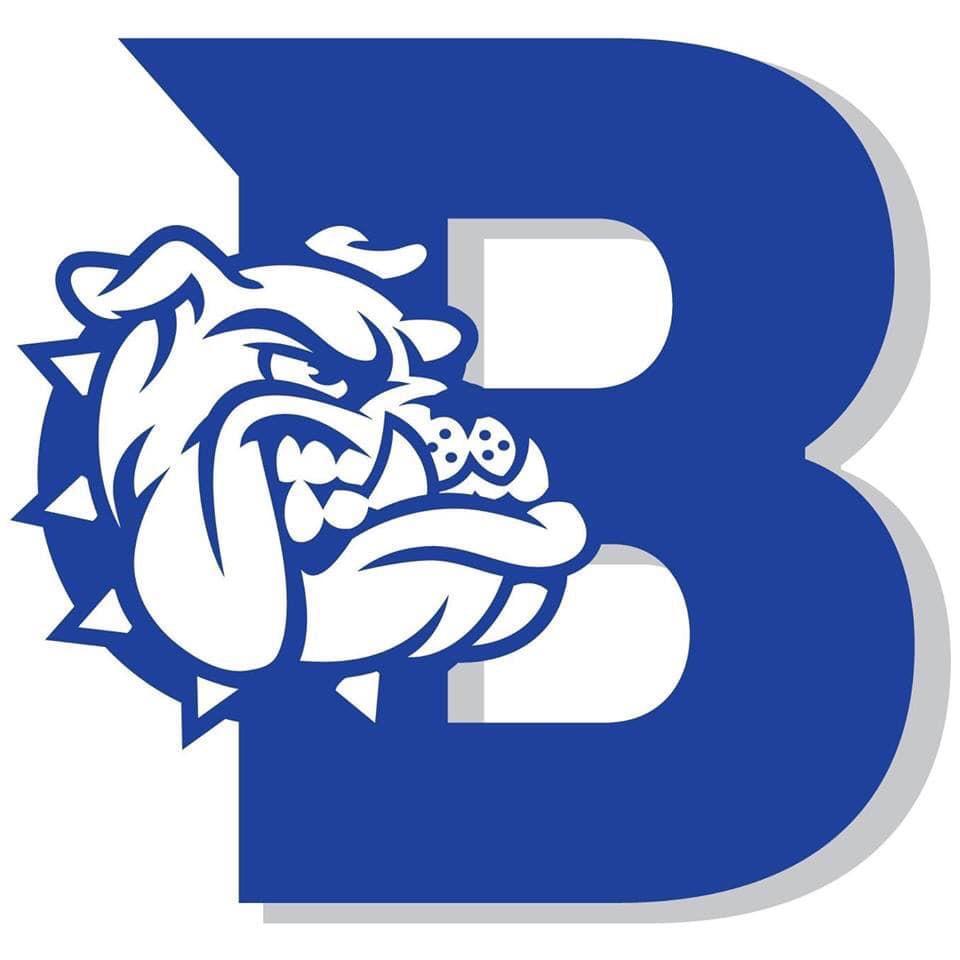 Bandera Middle School Staff
Salvador Gallegos Jr.
From El Paso, TX now residing in San Antonio, TX.
Married to Ruth Gallegos for 4 years and daughter is Sienna Gallegos.
First year teaching and first year coaching in a school program. Several years of coaching experience with little league baseball and football.
Will be teaching 7th and 8th grade Math.
Bachelor of Arts in Multidisciplinary Studies from the University of Texas at El Paso.
Shandra Sanders
Has a husband Harvey and 3 sons, Liam, Drew, and Hank. This is my second year to coach at Bandera Middle School, but I have been coaching for 20 years. I teach 6th grade math and have a BS in Psychology and Political Science from Lamar University and am currently working on my M.Ed. in Administration through Lamar University.
Samantha Crowley
I am starting her 7th year teaching and coaching and this will be my first year at Bandera ISD. This school year she will teach; 6th grade Math, 7th grade Math, and Pre- Algebra. Coaching duties are 7th grade Volleyball and Head Softball Coach. I am from Blanco, Texas where she graduated from high school in 2006. She then went on to Texas A&M University-Kingsville where she graduated in 2011. She has been married for 7 years to her husband Ty Crowley and they have two children Tyden (5) who is in Kindergarten and Savannah (3).